JOIN THE BEST-RUN BANKS IN AMERICA™ AT THE

Exclusive guidance and insight on getting to top 5% performance and staying there…from the bankers who’ve done it!

Keynotes focused on YOUR future:

The content covered at the Super Conference is 10-20 years ahead of what we hear at other bank conferences–we stopped going to most of those.

This program is at the core of the strategies that helped us achieve a 2.0 ROA. We would NEVER miss this conference.

Roxanne showed us how to double our growth. We hit our loan growth goal for the year by the end of June... in our first year, with Roxanne Emmerich's help! We've had employees in banking for 20 to 30 years who say they wish they'd started this program 20 years ago.

-Chris Floyd
President & CEO,
First NationalBank of Syracuse Named one of the Top 100 banks under $1 Billion each of the last 2 years, ranking as high as #2 overall

What Do You Do When the Top Futurists/Consultants Predict a Rapid Deterioration of Profits for Traditional Banks?

McKinsey & Company estimates that legacy financial brands will experience a decline in profits of 20 to 60 percent by 2025. PriceWaterhouseCoopers (PwC) has an even more dismal prediction, forecasting that by 2030, less than 10 years from now, the market economy may not include traditional banks at all!

Do you want to be immersed in the impending carnage within the banking industry or do you want to use it to your advantage? Through crisis comes opportunity. The banks that will survive are the ones whose executives change with the times and understand that standing still is the same as falling behind. What worked in the past does not work anymore.

Your only path forward begins at the Super Conference. It’s a can’t-miss event for CEOs and executives who want to align their teams, stop relying upon what worked years ago, and get results right now. It’s where ambitious, elite, results-oriented bankers and influential keynote speakers gather to share powerful secrets of the new world of banking. 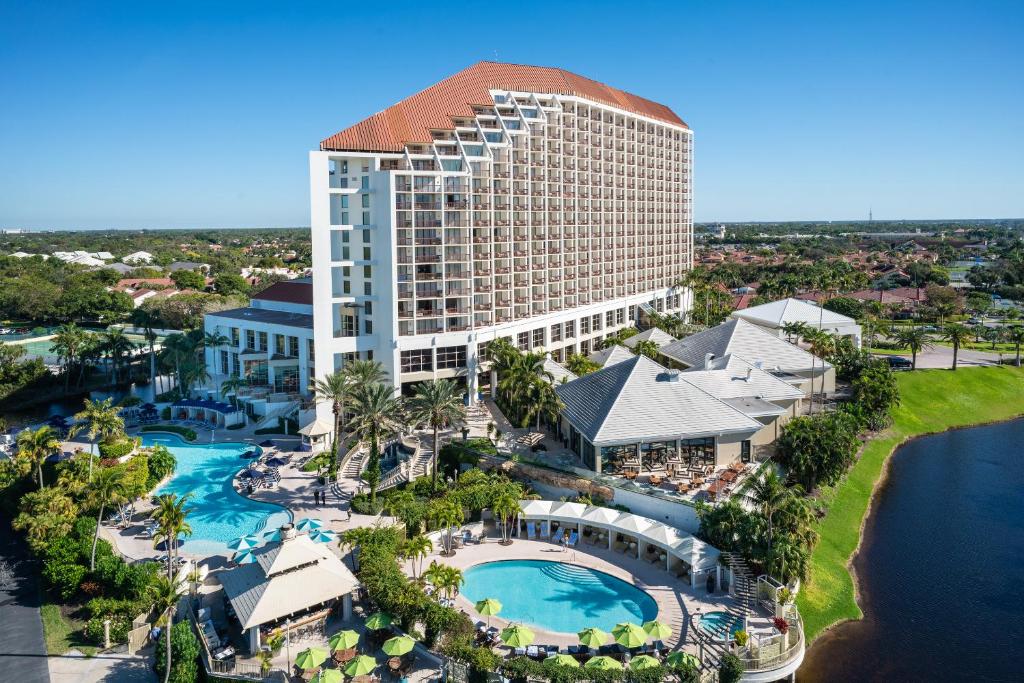 You need clarity, solid, proven advice, real answers, and warm weather – the Super Conference is where to find them

Here’s What You’ll Get When You Join Us for the Best Banks in America™ Super Conference:

If you’re going to attend ONE conference this year, it has to be The Best Banks In America™ Super Conference

Why Are Bank Execs and Board Members
Raving About The Best Banks in America™
Super Conference?

(Profit Growth is Just One of the Reasons)

I want you to consider for a moment what’s possible for you. At this point in history, there’s both real danger and enormous opportunity.

Super Conference is an enormous opportunity to…

What This
Conference is NOT...

It is NOT about boring, dry vendor pitches. Only highly successful bankers handpicked to show you how to be more effective and successful because they’ve actually achieved these results for their own banks.

It is NOT just about “positive thinking” and motivation. It’s about ANSWERS, clarity, and solid, proven advice—which is exactly what you will get when you attend.

It is NOT a place to “send your people.” This is the place for you—the CEO, with your key leaders and board members—to come to find out what the country’s most ambitious and entrepreneurial banks know and do differently.

It IS about providing you with the ONLY opportunity to see, in great depth, exactly how your peers are breaking through their current challenges, profit hurdles, and staff limitations to achieve unprecedented new levels of growth and income.

The Champion’s Code:
Building Relationships Through Life Lessons of Integrity and Accountability from the Sports World to the Business World with Ross Bernstein

What do you do now to combat the Great Resignation? We have your solution. There are reasons certain teams win consistently and others don’t…and best-selling author Ross Bernstein knows why because he’s spent decades studying the DNA of championship teams. He’ll share what it takes to become the best of the best, exploring along the way the fine line between cheating and gamesmanship in sports as it relates to values and integrity in the workplace. He’ll challenge you to think about the differentiators you and your bank possess which would ultimately lead customers to choose to do business with you or be influenced and led by you. Bernstein’s message reinforces the fact that individuals win games, but TEAMS win championships.

Through Bernstein’s inspirational stories and poignant life lessons from the world of sports, you’ll transform your understanding of how to: 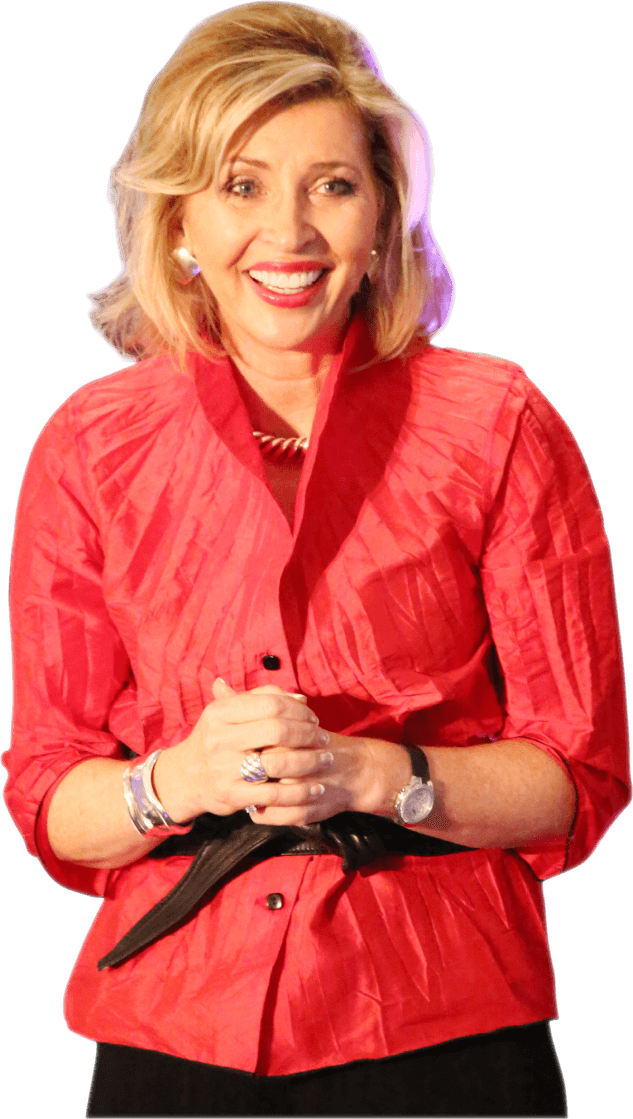 The Future of Banking:
Turn Disruption and Change Into Opportunity and Advantage with Roxanne Emmerich

You’re not imagining it: the environment you’re operating in has never looked quite like this before. Economists are predicting the Fed will raise rates repeatedly this year. If that were the only issue, you’d know what to do. But combine that with an unprecedented volume of attacks against your very best customers by your competitors…and then pile on the implications of cryptocurrency, blockchain, and everybody else coming to eat your lunch. Things start to get exceedingly VUCA—volatile, uncertain, complex, and ambiguous. Smart, results-oriented bankers know they need to shift their strategies quickly…but how?

Roxanne Emmerich has earned her “futurist” merit badge. She predicted the mortgage loan debacle long before it happened and forewarned banks about the craziness and competitiveness for deposits before the last big deposit crisis. You’re going to want to hear her thoughts on what to be concerned about next. But remain calm…in addition to predictions, she’ll provide strategy on how to get ahead (and stay ahead) of what’s likely to take out bankers who are committed to remaining unaware.

Roxanne Emmerich has a defining passion and the most impressive track record in the industry for taking any community bank to the top quartile of performance in every category using proven systems and a “customized-to-you” franchise approach. For decades she has consulted with the top 5% of banks and those that want to get and stay there. The CEOs often refer to her remarkable success rate with their banks as “a miracle.”

She started three de novo financial institutions—one as founding president and two as a key investor and advisor. That success created a demand for her to speak at hundreds of bank conferences to share the secrets that drove unprecedented results. She is passionate about stopping the decline of community banks in the United States. She is a three-time Entrepreneur of the Year winner with a 30-year track record of transforming the cultures and performance of community banks.

Roxanne is the founder of The Emmerich Group®. Over 70 percent of The Emmerich Group’s clients at least double their profits within the first three years they work with her team—almost all come close to that. Often, the transformation occurs within mere months. One advisor said, “The only problem with The Emmerich Group is that their results are so good, no one believes they are real. It looks like hype.”

Roxanne is also as the founder of The Institute for Extraordinary Banking™, which supports and develops the industry through research as well as through certifications and special programing such as The Council™ CEO Roundtable, the Trusted Advisor Certification™ Program, the Accredited Banking Professional™ Certification, The Best Banks in America™ Super Conference, and The Extraordinary Banking™ Awards (the Bankys™).

She is a New York Times, Amazon, Wall Street Journal and international best-selling author of multiple titles. She has been inducted into the National Speakers Hall of Fame, has given more than 3,000 speeches worldwide, and speakers bureaus named her one of the top 12 most-requested speakers in the country.

She has received the Nido Qubein Philanthropist of the Year Award for her work building schools in Africa and helping children lift themselves out of poverty through education.

REGISTER NOW
[When I attended my first Super Conference] I thought: ‘How in the world are these banks doing this?’ That was an amazing couple of days for Steve (our CFO) and myself as we sat and watched banks give high fives for accomplishments. These are things that we bankers don’t do, right? We’re all very prim and proper. Seeing that kind of enthusiasm come across in a group of bankers was amazing.” .

There’s nothing better than [Super Conference] to get an executive team on the same page to drive a plan to utopia.”

[The] Best Banks in America™ Super Conference truly exceeded my expectations! [Roxanne] was excellent! She was engaging, interesting, thought-provoking and genuine. She has an ability to reach the audience through a combination of real-life experiences intertwined with strategies that can transform a bank’s performance to get extraordinary results. She provided the audience with actionable steps to perform at a higher level, both personally and professionally.”

I’ve been to a bunch of banking conferences that turn into vendor “pitch-fests”. Is this another one?

There. Are. Absolutely. No. Pitches. Period.

Just you and a few hundred of the most elite bank executives in the country.

I don’t feel like an “elite” banker, and our bank isn’t a top performer yet. Will this be a good fit for me and our bank?
Nobody’s born an “elite banker.” And no bank starts as a top performer. If you have the sincere, burning desire to get there, no matter where you are right now, this is the place you need to be, and these are the people you need to be around. They are doing what you aspire to do. Honestly, while this is an elite group, it’s also a modest group. You’ll find very successful leaders who welcome the opportunity to share what they’ve learned, what’s working, and how they can help you. Don’t miss your opportunity to meet them.
We’re already doing well. What can we gain by attending?
Every one of the top 100 banks in America shares two common traits: paranoia and humility. They’re always a little paranoid that someone’s going to come along and eat their lunch. That’s what keeps them sharp. And they’re humble… they know they too need to keep growing, and they’re always looking to gain the next slight edge that will keep them in the driver’s seat in their markets. If you’re really at the top of your game, you already know this, and I suspect you’ll be at the Super Conference eager to pick up that “one thing” that will transform your future possibilities.
We want to come but we’re too busy. What should we do?

That’s exactly the problem. Our research shows that banks with $7 to $9 million in assets per employee never say they are “too busy.” They are calm and orderly, with everyone aligned with their predictable success system.

However, the opposite is true with banks with $2 to $4 million in assets per employee: almost their entire team is overwhelmed. There’s a fire to put out every hour.

So it’s your choice… do you want to be a firefighter or an elite banker?

I can’t attend, but I’d like to have my people attend. Can I do that?

Honestly, we strongly recommend that you don’t. Unless your top people are ready to commit to transformation—to becoming an even better elite community bank—you shouldn’t register. While you need your people to attend, they need you—the CEO, the leader—with them to help them place everything they gain here into the context of your vision.

Change your schedule. You won’t regret it.

For More Information or to Register by Phone CALL